When I implement monetary policy news via simult_ function I got some weird IRF which I think might be due to the endogenous response of the Taylor rule. In fact what I have in mind is a known shock at say period true but the interest rate might stays peg up to when the shock happen.
Any ideas on how I cloud shut down the taylor rule before the shock? 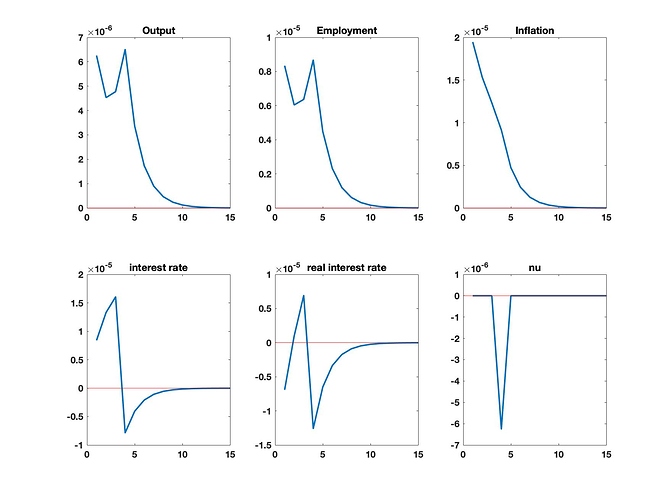 Why do you think the responses are strange? I only see an anticipation phase and a phase after the shock has realized.

Thank you for you answer professor
For the anticipation phase in my mind the nominal interest rate should stay at the steady state or zero and only react when the shock materialize (some kind of peg and then revert to the Taylor rule)
I don’t know if I’m doing it the right way to have what I want?

What exactly is the experiment you have in mind? Why is there an interest rate peg?

I would like to have a forward guidance experiment. At T0, the central bank credibly announces a one-period increase in the nominal interest rate, to be implemented in period T, and commits to keeping the nominal interest rate at its initial level (That I want to normalize to 0 or the steady state level) between periods 0 and T-1, independently of the evolution of inflation and output gap. after the shock at T+1 it restores the Taylor rule.

That sounds like a perfect foresight scenario. There must be example codes in the forum. E.g.

Continuing the discussion from Forward guidance shock: I modified the monetary policy rule in your Gali (2008) code . In Mckay et al (2016)’ s paper, they applied an exogenous rule ‘real interest rate = natural rate +future monetary shock’. I replaced Taylor rule in Gali (2008) by ‘r_real=r_nat+ eps_nu(-20)’ in dynare, and got the error ‘blanchard kahn conditions are not satisfied: indeterminacy dynare’. Then, I used ‘r_real=r_nat+phi_pi*pi+eps_nu(-20)’ instead. The model is solved, but I can’…

Thank you very much. I finally came out with a “solution” from this topic @ Taylor Rule and Forward Guidance suggested by @valerio88 . I completely shut down the Taylor rule using R=R_ss*exp(nu).

1-The model find a solution in this context with the Rotemberg setup (figures below) but fail to solve the perfect foresight with Calvo setup. Do you have any idea of what may cause this problem? 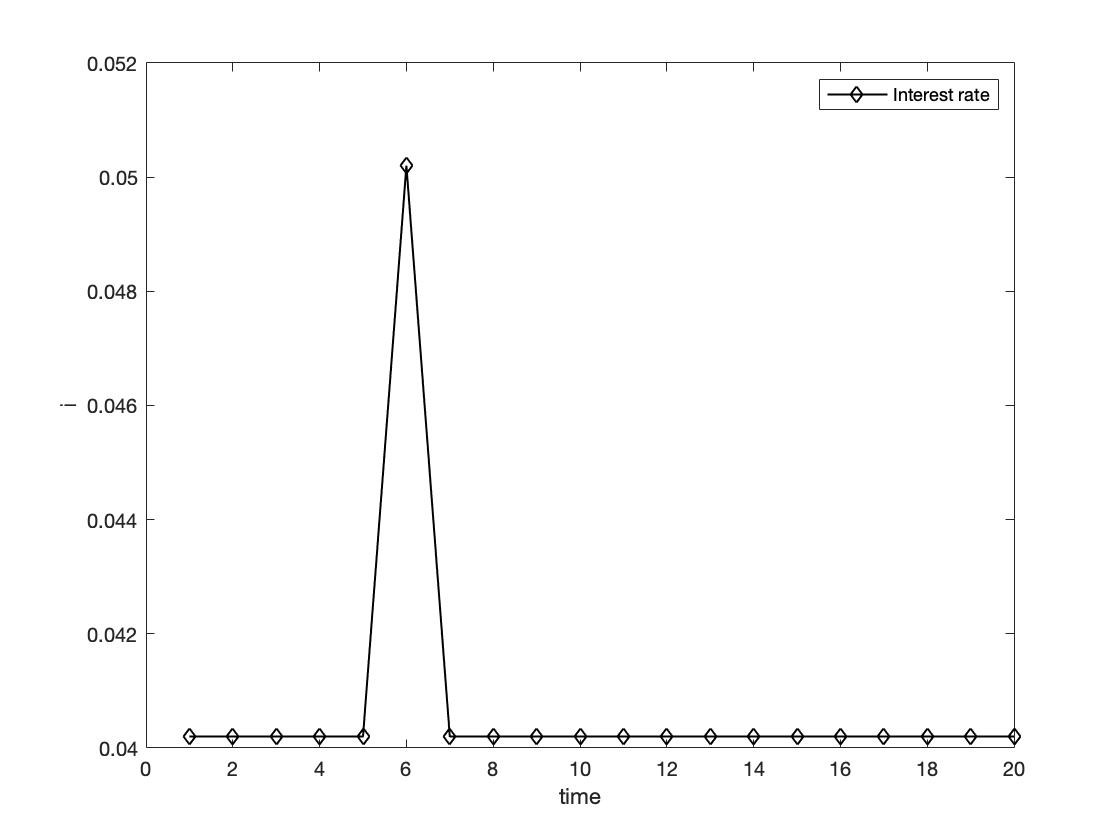 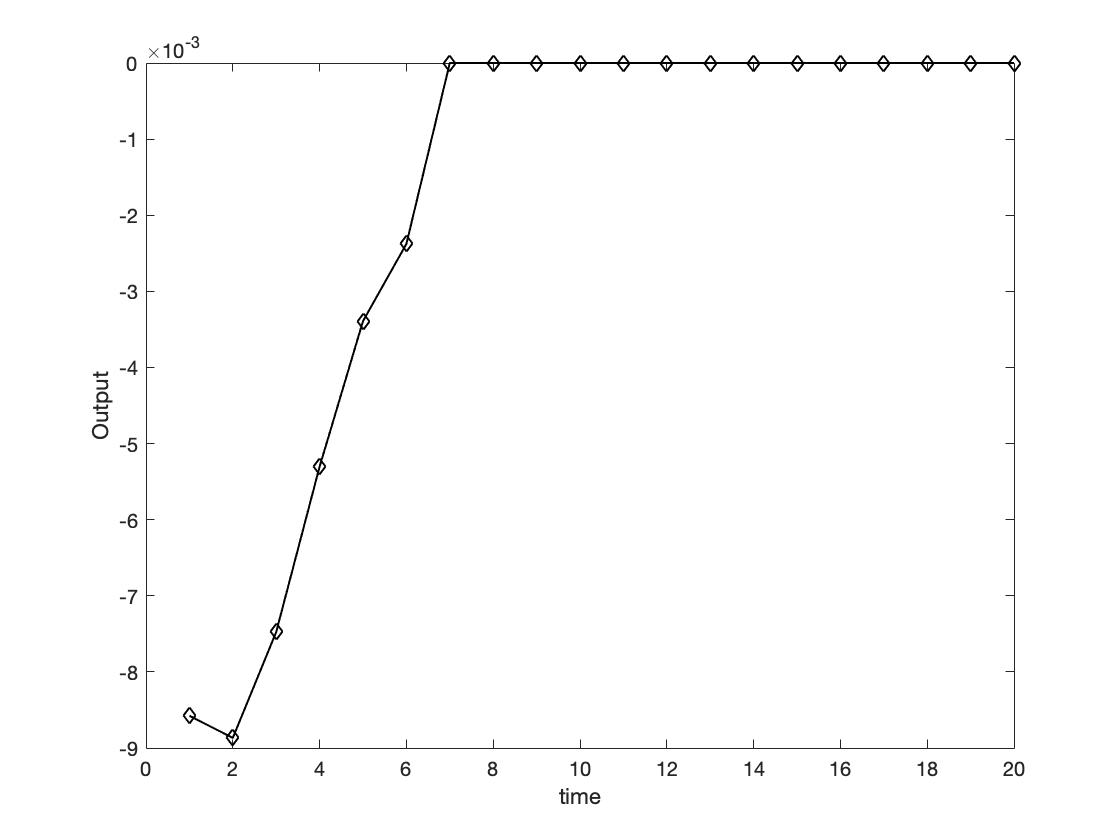 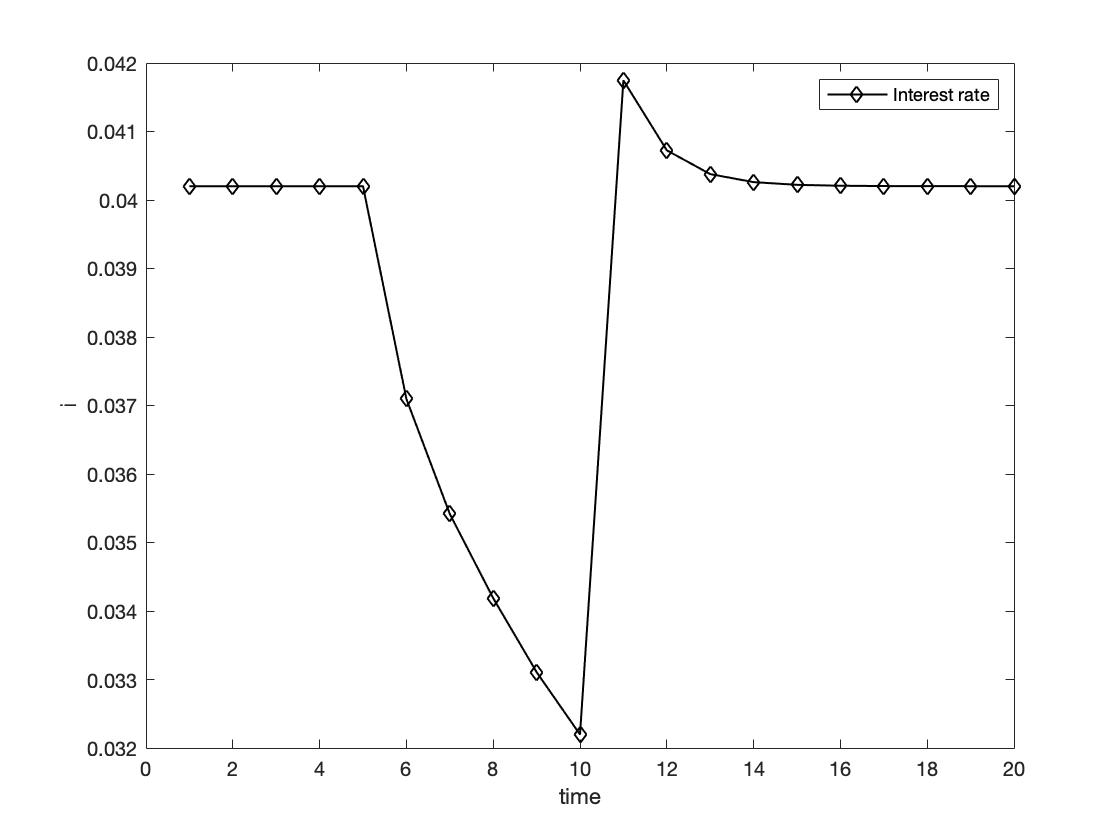 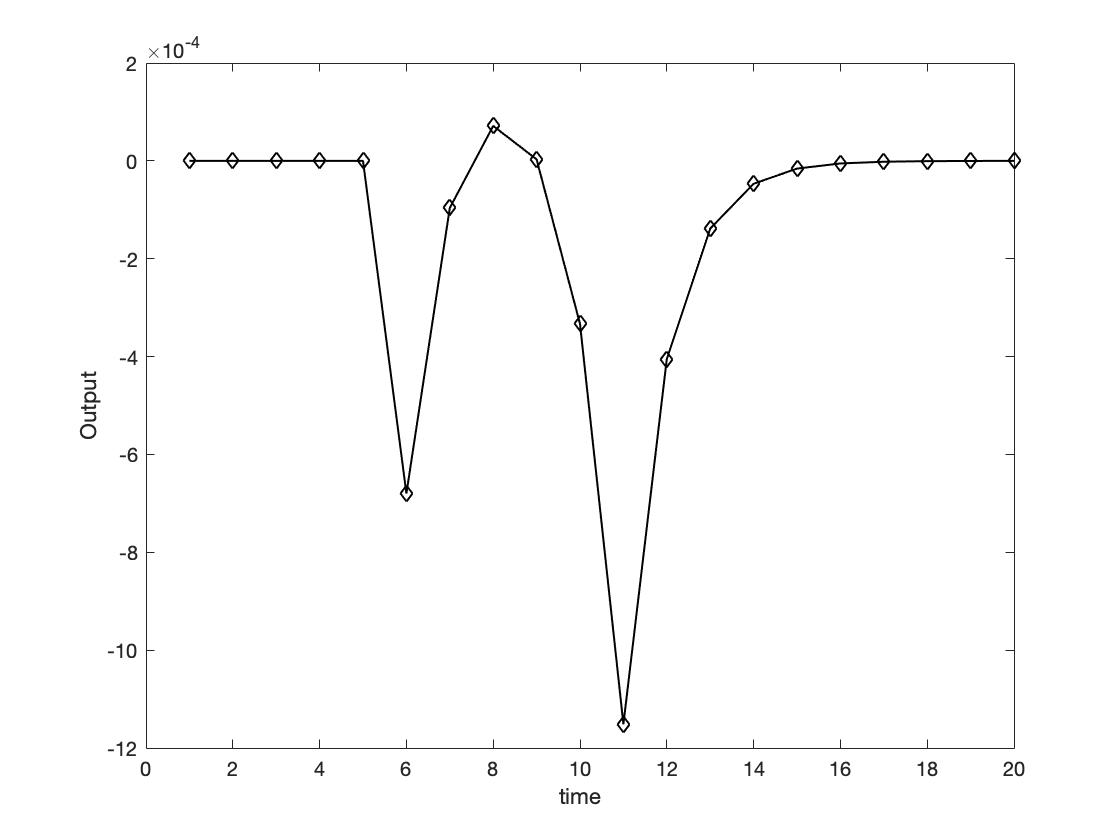