What is considered as evidence or fact in DSGE modeling and macroeconomics in general?

I am reading Jordi Gali (2015) and he seems to be following this approach. But what he calls ‘evidence’ appears to be the results of a VAR model in chapter 1.

What you are describing is essentially the Wheel of Science: 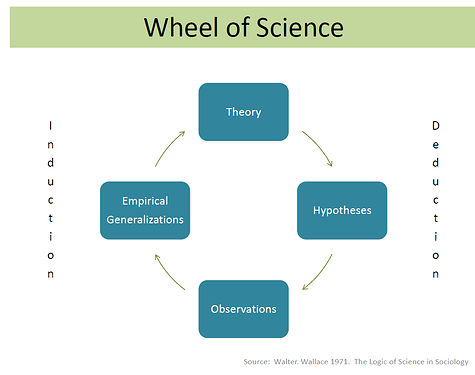