Dear all，
When I use output and consumption data, I can produce results. But when using output, consumption and investment data, it shows ‘The forecast error variance in the multivariate Kalman filter became singular’. Why is there such a mistake? Hope someone helps me find out the mistake, thank you in advance.

Why don’t you try to replace the mon pol shock with a govt spending shock in the goods market clearing condition…?

Reuben, thank you for your advice. I think I know where the problem is.
I have another question. When I increase interest rate smoothing on the Taylor rule, why does result change a lot? Is it normal？

Yes, results will be very different. In the first equation, kappa_y and kappa_pi represent the short-run elasticities of the interest rate to output and inflation. In the second, they represent the long-run average response. To understand that, evaluate the policy rule in steady-state.
If you back out the long-run coefficients from the first equation, i would be surprised if the results are very different from those obtained for the second equation. 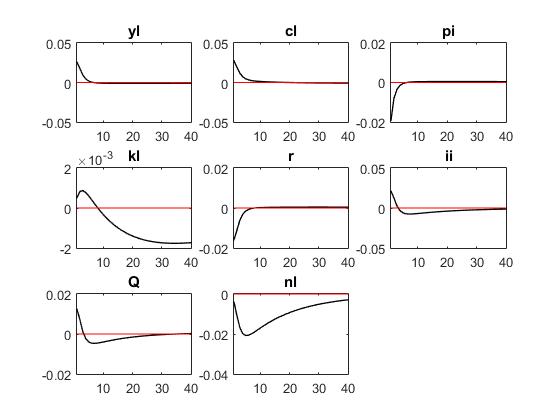 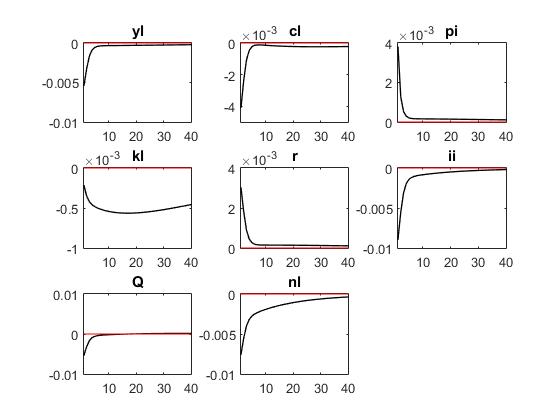 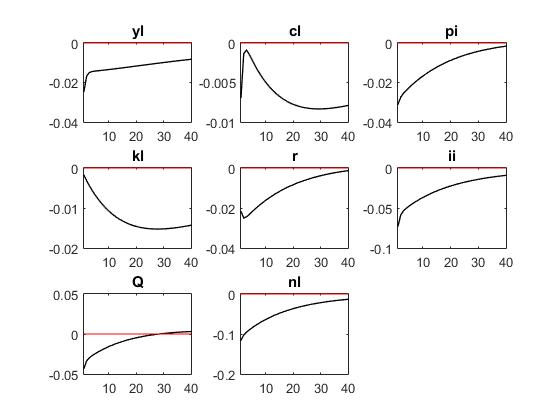 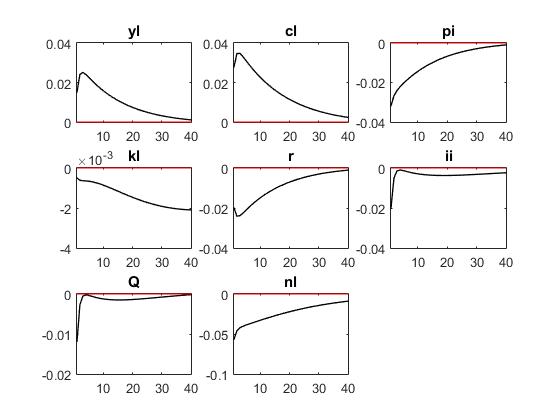 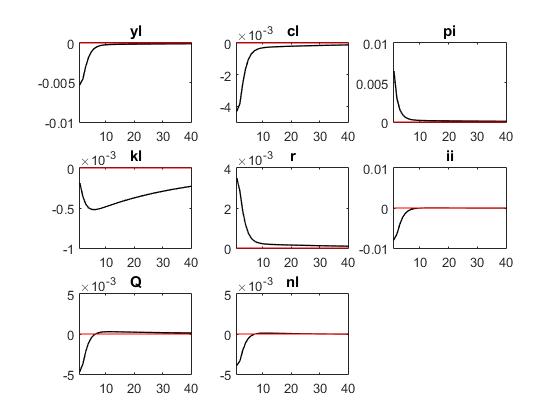 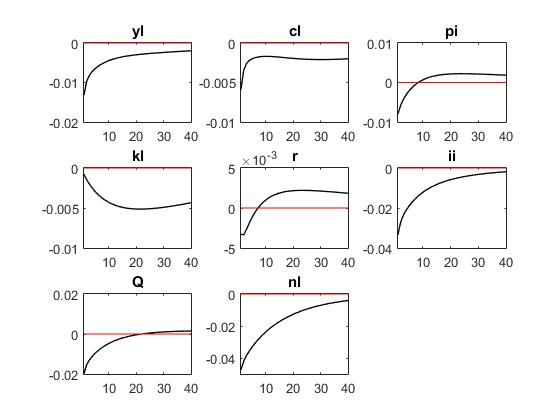 This does not make sense because in the first one, you are fixing the short-run responses and in the second one you fix the long-run responses. Why should results be the same?

Yes the results will be different. Have a look at the two literatures and see how the Taylor rule parameters are calibrated. If there is no smoothing involved, the short-run and long-run responses are the same.
Cheers
Reuben

Where was your original issue @zwinner?