But simul(periods=10); and simul(periods=20); give different dynamics. Below is the response of variable S to the shock which is like the opposite of the other. Am I missing something, or why should the number of simulation periods matter given that it changes the entire propagation mechanism of the shock.

How do dynare users choose which period to use? Or simul(periods=5); should be the appropriate accompanying command. 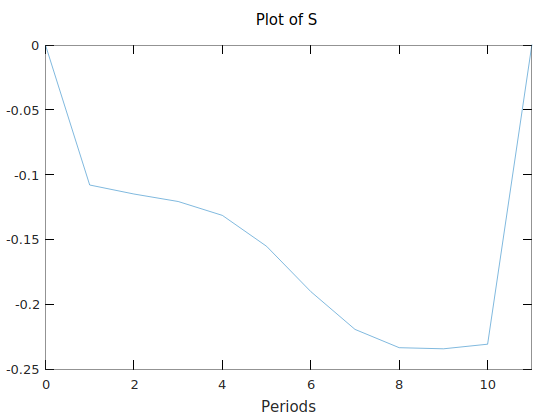 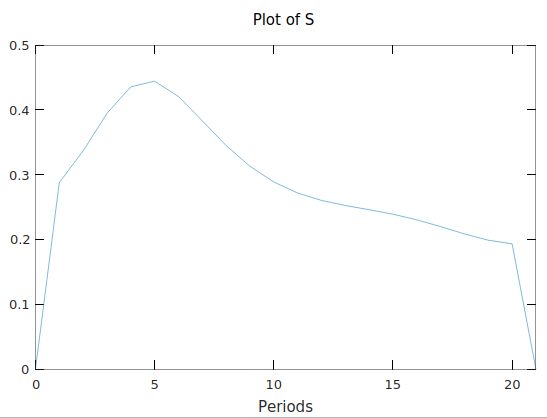 Hi Prof Pfeifer, many thanks for the reply! In the two deterministic papers I have read, the authors focus on the transmission mechanism of a given shock.

So my question is
Is it that the authors, for example, use say simul(periods=500); in their code, and when reporting on the figure, they reduce the simulated sample to any number of choice? Here, 40 (in the right panel). Or they rather use simul(periods=40);? Thanks!! 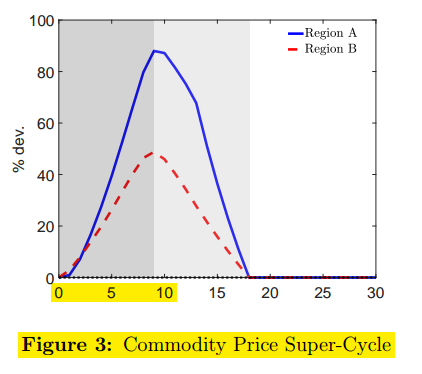 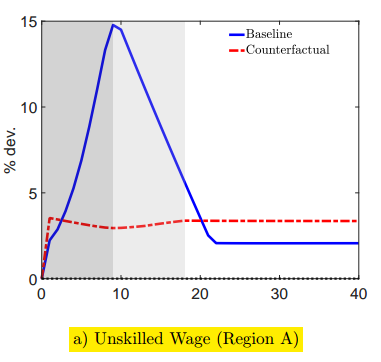 My guess is that they only report the first periods of a longer simulation.