Is this historical decomposition graph normal?

I am worried about the degree of correlation among the shocks. All move in the same direction most of the time. 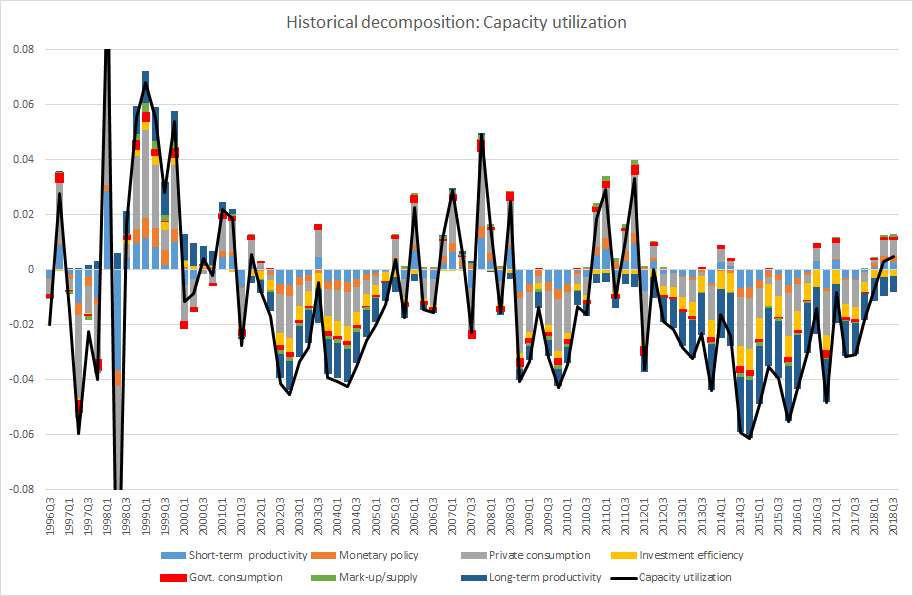 From my experience this does not look strange. If the effect of shocks were always in opposite directions, they would cancel and there would be no movement. Note also that you cannot infer from the effect of shocks on a variable that the underlying shocks are correlated.

Thank you Professor for the response!!

So in hisoric decomposition of output gap and inflation gap seen together, can this happen that shock is both driving output gap negaively but inflation gap positively att a particular time.

please see monetary policy shock and others in the below figures: Are these contradictory? 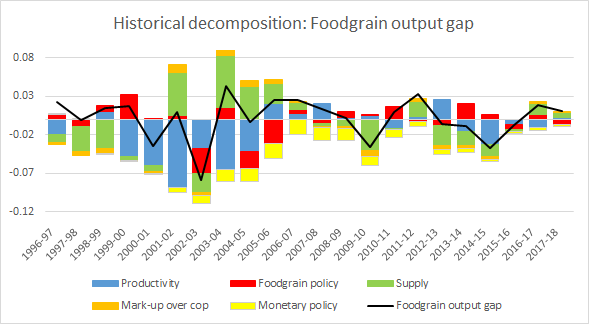 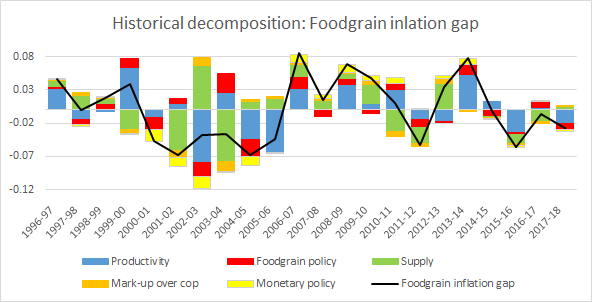 As detailed elsewhere in the forum, the historical decomposition gives the joint effect of all past shocks for a particular point in time. Because of this joint effect, it can happen that shocks that would on impact move a variable in the same direction show differential effects when summed over the full history.

But Does this hold for AR1 shocks only or it applies to shocks which are just random noise as well.

For iid shocks, the same applies due to endogenous persistence in the variables.